News | PKR whitewash a ‘big slap in the face for Anwar’

AYER KEROH: The PKR wipeout at the Melaka state polls, losing all its 11 contests, is a big slap in the face for party president Anwar Ibrahim, says a political analyst.

James Chin of the University of Tasmania’s Asia Institute attributed the party’s collapse to people losing faith in Anwar, being seen as the main person behind Pakatan Harapan “taking in the kataks (political frogs)”.

He was referring to the decision by Anwar and Amanah president Mohamad Sabu to field two former Umno members, Idris Haron and Noor Azman Hassan.

Chin described PKR”s loss of support as a very dangerous trend. “If the trend is repeated in the 15th general election which will be held next year, PKR will be wiped out,” he told FMT.

PKR had won 3 seats in the Melaka state assembly at the 2018 general election.

He said it was quite clear that DAP was the only real performer for PH. The party won 4 seats of 8 contested, while Amanah won 1 of 9 contested.

Chin said the other big loser was Perikatan Nasional, as Gerakan did not win a single seat, despite contesting in five, and PAS (none of eight) was also never a serious player in Melaka.

He added: “So, I think Muhyiddin is a bit troubled now.”

Another political analyst, Lee Kuok Tiung of Universiti Malaysia Sabah, also said people might question Anwar’s leadership. “As we all know, even during the 14th general election, it was Wan Azizah who led PKR to victory,” he said.

However, he said people must accept that Melaka has always been BN’s stronghold. “It is only in the last general election that we saw Umno being reduced to only 13 seats in Melaka,” he said.

Lee said he did not believe that PKR would have another opportunity to regain power in Putrajaya as it did at the last general election.

“I strongly believe lots of Malaysians want to move beyond Dr Mahathir Mohamad, Anwar or Lim Kit Siang and all the same faces and names,” he said. – FMT

News | Get out there and vote, Melakans urged

AYER KEROH: The Melaka state elections is in full swing late this morning with more people streaming into polling stations across the state, including the candidates themselves.

Pakatan Harapan’s (PH) chief minister candidate Adly Zahari was one of them. He urged voters to come out early to vote instead of leaving it to the last minute.

After casting his ballot in Durian Tunggal, the Bukit Katil candidate said voters seemed to be adhering to the SOPs very well, but hoped that the cloudy weather would clear up.

Another chief minister candidate, Barisan Nasional’s (BN) Sulaiman Md Ali said this was the best time to vote, noting that the next election might only take place in 2026.

“Melakans need to come out and vote. There will be no state elections until 2026. People are assuming they can vote next year (in the general election) but I would like to remind them that this is to elect the state government,” he said.

BN’s Telok Mas candidate Abdul Razak Abdul Rahman also urged those who had yet to cast their vote to come out early.

“I appeal to all voters, come out and vote. This is our right as Malaysians.

“Don’t worry, don’t be afraid, what is important is to observe the SOPs,” he said, adding that the Election Commission (EC) and the police are doing a good job in ensuring Covid-19 rules are being adhered to.

“I am grateful to the EC for ensuring that all voters were complying with SOPs,” he said.

He hoped that voters in Melaka would pick the best candidates that they believed would  help govern the state.

PH’s Muhammad Danish Zainudin, who is standing in Pengkalan Batu, was also hoping for a high turnout among voters.

“We’ve done our best to reach out to the people, especially voters in Pengkalan Batu. Now it is time for Melakans to vote and make sure we can administer Melaka based on principles and integrity,” the 25-year-old said. 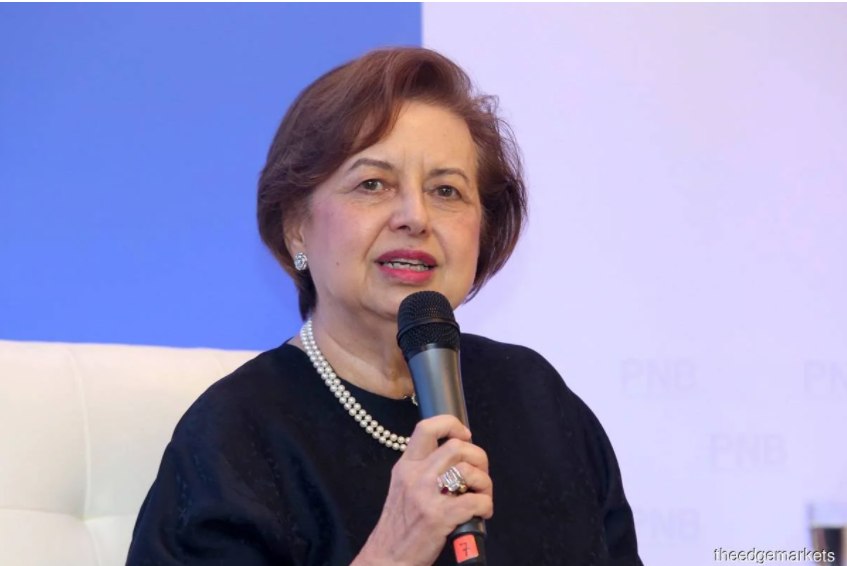 Earlier today, MACC said it has to date, managed to recover assets and funds linked to 1MDB amounting to RM20.5 billion.

This, it said included the return of assets worth US$15.4 million (RM64.4 million) involving the accounts of Cutting Edge Industries Ltd owned by Tawfiq Ayman and Samuel Goh.

Tawfiq had previously been questioned by police in connection with 1MDB funds, although there has been no update on the probe.

Umno Supreme Council member Puad Zarkashi said the government must set up a Royal Commission of Inquiry (RCI) into the 1MDB issue to make sure the people responsible are held accountable for their actions and that others are not made scapegoats.

“This needs to be investigated thoroughly and transparently.”

When the story about Zeti’s family members’ links to 1MDB first surfaced, questions were asked if she was in the dark over the RM2.6 billion wired to Najib’s personal account.

Zeti’s husband and two sons have admitted to knowing about the money in statutory declarations (SDs) signed in March last year. The money was in the accounts of Cutting Edge Industries in Singapore and the three admitted to being the beneficial owners of the accounts.

The SDs, sighted by FMT, were certified to be authentic by the attesting lawyers.

The revelations in the SDs came when the portal MalaysiaToday, run by blogger Raja Petra Kamarudin, claimed that Zeti’s husband and sons received over RM100 million in funds from fugitive financier Low Taek Jho, or Jho Low, the mastermind behind the 1MDB scandal. – FMT