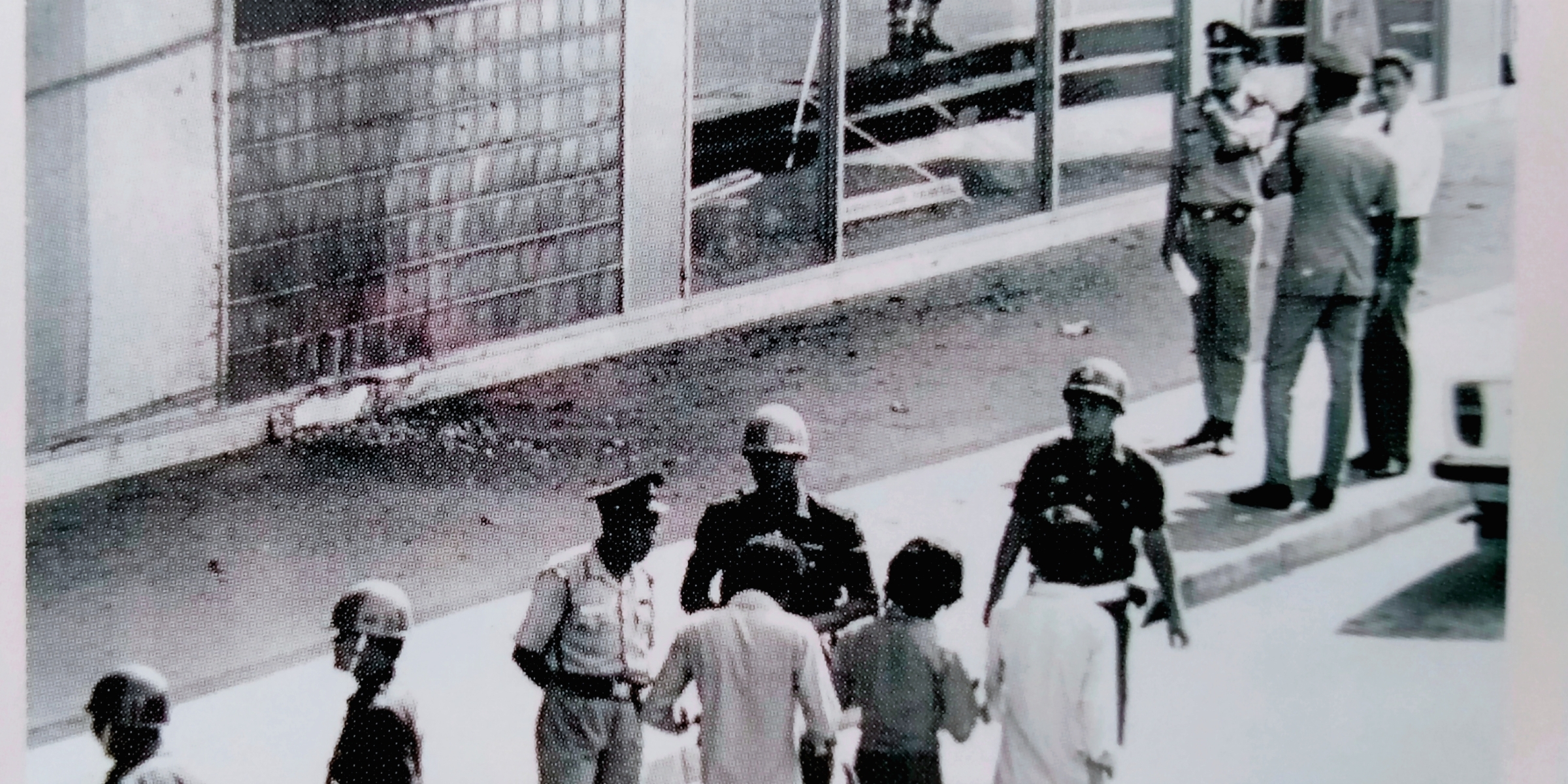 Police believed the bomb was planted among vegetables in a plastic pail outside the centre minutes before it exploded.

Police did not establish a motive immediately but the centre was the target of student demonstrations a few days earlier against US involvement in Arab-Israeli war.