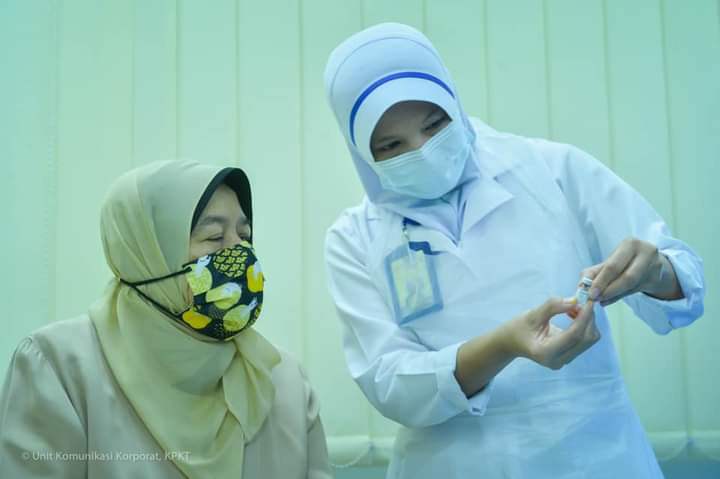 KUALA LUMPUR – The Perikatan Nasional (PN) government has always upheld the principle of women’s empowerment and will ensure that it continues to be an important national agenda, said Prime Minister Tan Sri Muhyiddin Yassin.

“The findings of a study show that a 30% increase in the participation of women in the Malaysian labour market can increase the country’s gross domestic product between 7% and 12% per year,” he said in a pre-recorded message in conjunction with International Women’s Day 2021 that was broadcast on local television stations today, adding that women were one of the most important pillars of national development not only for the social, political, and economic aspects but in all aspects.

The prime minister is currently on a four-day official visit to Saudi Arabia.

Muhyiddin said that although success after success has been achieved, the task of empowering women needed to be streamlined as they were still plagued by various issues including stigmatisation and stereotyping that limited their role in certain areas as they are often linked to traditional roles, especially in care and nurturing.

“Their tendency to become victims of domestic violence and sexual harassment in the workplace. Issues like child abuse, ‘sugar daddies’, and incest also worries us because women also become victims,” he said.

The prime minister also said that the involvement of women as decision makers in various fields was still not being given full attention. “For example, I understand that there are still government-linked companies and government-linked investment companies that do not yet have women as board members,” he said.

Muhyiddin said that as of October 2020, only 25.4% of the top 100 companies listed on Bursa Malaysia had committed to filling at least 30% female board members.

In addition, he said many working women faced the issue of a double burden where they had to balance between the demands of work and household management at one time.

Based on the findings of a study, he said, it was found that women spend 63.6% more time compared to men in unpaid care work.

Muhyiddin also drew attention to the lack of involvement of all parties in providing an environment that supports and encourages women’s empowerment.

“Indirectly, the silent motherhood penalty seems to be a subject that is accepted by all,” he said, referring to a term coined by sociologists who argue that in the workplace, working mothers encounter systematic disadvantages in pay, perceived competence, and benefits relative to childless women.

He added that the Covid-19 pandemic has also made the issue increasingly critical and significant.

In the meantime, the prime minister said several facilities were announced by the government under the Economic Stimulus Package through the Prihatin, Penjana, Permai, MyDIGITAL and Malaysian Digital Economy Blueprint initiatives, as well as in the 2021 Budget which directly benefits women in the pandemic recovery phase.

“To ensure that women’s empowerment continues to be an important national agenda, I welcome the proposal from the Minister of Women, Family and Community Development for the Women’s Empowerment Model to be the driver of women’s development in the country.

“I call on all everyone to join forces in achieving this agenda so that all women can be empowered inclusively. With this initiative, more women are rising up to face the current challenges,” he said.