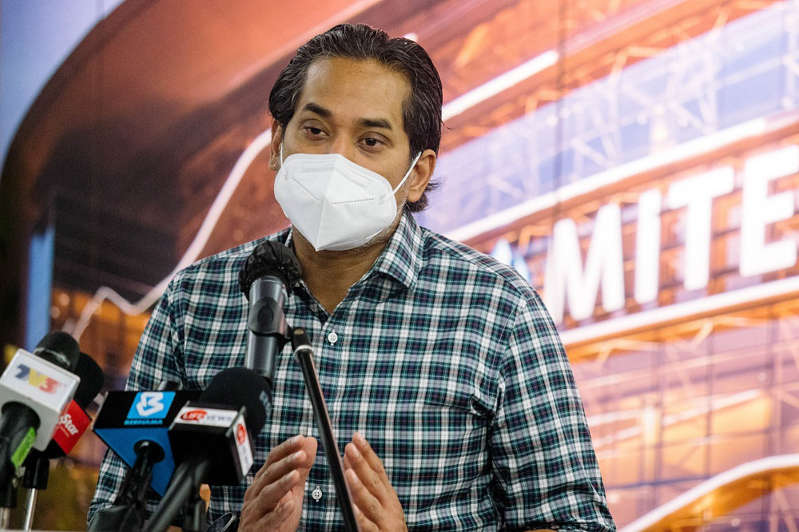 KUALA LUMPUR, June 26 — Minister of Science and Technology Khairy Jamaluddin today stood by his remarks that several European countries monopolise the distribution of vaccines, resulting in Covid-19 vaccination rates in the country being low.

In a press conference today, Khairy said developed countries and the European Union (EU) have bought the vaccines way more than what their populations need.

He said that the problem is not about Malaysia’s procurement or the import but the real issue is that vaccine doses have been hoarded by EU and other developed nations.

On Wednesday, Michalis Rokas EU ambassador to Malaysia denied Khairy’s claim and said the EU Secretariat has approved all vaccine requests from the Malaysian government without a problem so far.

However, Khairy today said the ambassador had not replied to his allegation of the hoarding and merely touched on Malaysia’s procurement of the vaccine.

“I don’t think he understood what I said, yes we bought from Belgium, more than 4 million doses.

“I mentioned about the purchase of EU vaccines, they bought more than their population over hundreds of millions of doses.

“Thank you for not blocking the vaccine import in Malaysia

Rokas had said that the EU has already shipped 4.087 million Pfizer-BioNTech vaccine doses and approved the export of another five million doses for Malaysia.

Earlier this week, Khairy said that EU countries had been stocking up on supplies as he responded to a comment piece in Utusan Malaysia that unfavourably compared the vaccination programme rollout in Malaysia and in Hungary.

Khairy in response to the article questioned if the writer was aware Hungary is part of the EU.

Khairy claimed that the EU had negotiated with the vaccine manufacturers as a bloc with its purchasing power.

He said some of the vaccine manufacturers are based in Europe and that they have been hoarding vaccines from the start.