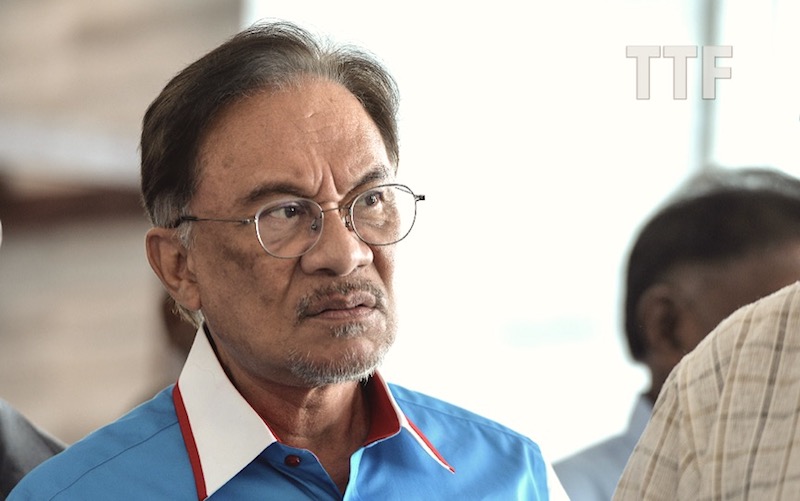 Some 20 years ago, there was a debate within the opposition over who would lead the government if it came to power, a scenario seen as impossible at that time given the conflicting ideologies of the two biggest opposition parties, PAS and DAP.

It was only after the late 1990s, with the emergence of Anwar Ibrahim as a unifying force for the disparate opposition, that the concept of a shadow prime minister found its place in Malaysian politics.

It was thought that having a prime ministerial candidate was a boost for the opposition, and showed that it was serious about taking over the government from Barisan Nasional, the undisputed victor at the time which won by a landslide at every general election.

Two decades later, there is a debate over whether that strength has become a weakness.

Is the opposition fixated on the same individual for the job of prime minister?

Anwar had been the opposition’s prime ministerial candidate from the days of Barisan Alternatif, a loose alliance of PAS, DAP and pro-Anwar candidates, to the more solid Pakatan Rakyat of 2013.

In 2018, there was a slight change. Anwar was not really the opposition’s prime ministerial candidate, but was named to take over at a later date.

“Pakatan Harapan (PH) had to bring in Mahathir to secure the Malay vote,” said Ahmad Atory Hussain, who has studied Malay politics for decades, referring to Dr Mahathir Mohamad who became the prime minister for a second term before his government collapsed after a group of leaders from his party opted out of PH, in a move designed to deny Anwar the top seat.

With Anwar’s failure this month to gather enough support for the top job, debate on whether he is still relevant has reignited.

That debate poses hard questions for the opposition, including why there has been no other leader, unlike their political enemies who have managed to find successors.

In 2003, after Mahathir stepped down from 22 years of power, the Umno leadership changed hands to Abdullah Ahmad Badawi, followed by Najib Razak.

Similarly, a similar smooth succession was shown when Bersatu quickly named Muhyiddin Yassin as its prime ministerial candidate to fill the 2020 power vacuum after Mahathir’s reluctance to continue leading the party.

So too when Ismail Sabri Yaakob was confirmed as a successor of sorts to Muhyiddin, thanks to the latter’s support for him.

Ismail Sualman, a political scientist who has authored dozens of works on Malay politics, agreed that there was no such flexibility in finding successors in the PH camp.

He said one reason was a lack of choice, citing a familiar argument by PH leaders that Anwar could keep the coalition intact.

“DAP for example, is in the ‘second layer’ in the coalition. They need someone that they can trust to lead, and to cooperate with them. They may find it hard to work together with others if it is not because of Anwar,” said Ismail, a UiTM academic.

For Azmil Tayeb, who specialises in Southeast Asian political movements, the situation shows a failure to groom young leaders to lead the opposition.

“There is a strong reluctance to relinquish power to young and female leaders,” Azmil, of Universiti Malaysia Sarawak, told MalaysiaNow.

He said while the problem is not unique to opposition parties, the truth is that “veterans” have been at the top echelons of parties in PH for the decades.

“If they don’t have the trust to give the reins of leadership to a crop of young leaders, we will keep seeing the likes of Anwar, Lim Kit Siang, Mahathir and many others dominating current politics in Malaysia.”

Ismail, meanwhile, warned opposition party leaders that the public might not share their sentiments about their choice of Anwar to lead the government.

“The preferences of the voters are not the same as those of political parties,” he said, adding that ultimately, the people may have this in mind during elections.

He agreed with Ahmad Atory’s view on the lack of popular Malay support in the PH camp, further complicating Anwar’s road to Putrajaya.

“PH’s strength comes from the Chinese vote bank but to lead the country, you will have to win over the Malay voters. This is what he lacks,” said Ismail.

Ahmad Atory said the defection of former PKR deputy president Mohamed Azmin Ali and those aligned with him had contributed to the dearth of Malay leaders in PH.

“He (Anwar) is the only one left. In this aspect, he is still relevant.

“He is also still relevant in terms of being an opposition leader,” he quickly added. – MALAYSIA NOW