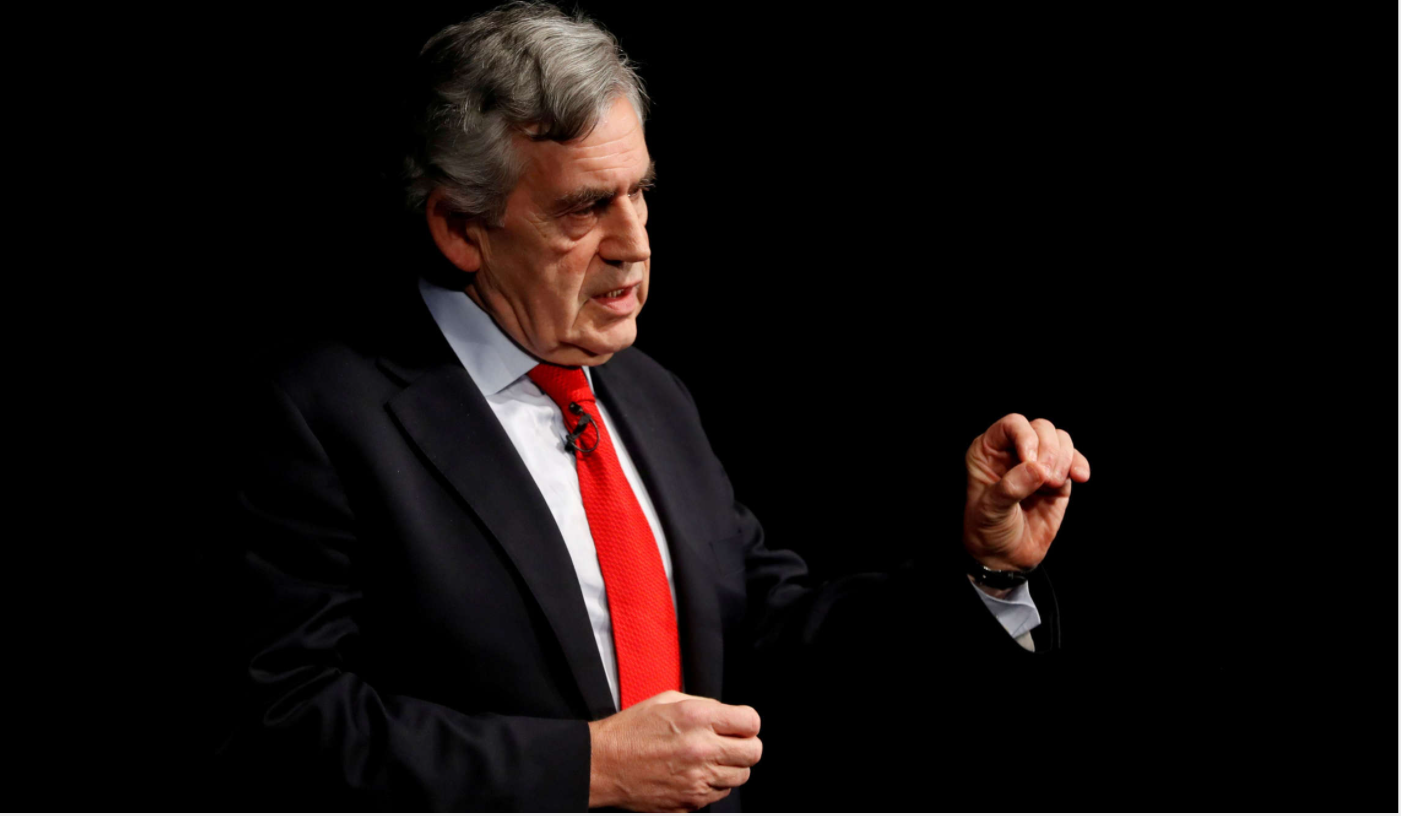 LONDON (Reuters) – A vaccine summit being hosted by U.S. President Joe Biden must come up with a plan this week to transfer 100 million stockpiled COVID-19 vaccines to poorer countries before they reach their expiry date, former British Prime Minister Gordon Brown said.

Biden is due to convene a virtual COVID-19 summit on Wednesday on the margins of the U.N. General Assembly, aimed at boosting vaccinations worldwide with the goal of ending the pandemic by the end of 2022.

Brown said he had sent Biden and fellow G7 leaders research by Airfinity, a scientific information and analytics company, which found 100 million COVID-19 vaccines stockpiled in rich countries in the northern hemisphere would expire by December without being used.

Out of 5.7 billion doses of coronavirus vaccines administered around the world, only 2% have been in Africa.

“We need a plan to distribute vaccines quickly,” Brown, Britain’s finance minister for a decade before serving as prime minister from 2007 to 2010, said in a statement.

“It will be a profound and collective political tragedy if this summit misses the opportunity to act with doses transferred immediately to poorer countries,” he said.

The Airfinity data predicts that, without a speed-up in the vaccine roll-out, there will be 100 million more COVID-19 cases by next summer and one million more deaths from lack of ventilators and oxygen.

“It is unthinkable and unconscionable that 100 million vaccines will have to be thrown away from the stockpiles of the rich countries whilst the populations of the world’s poorest countries will pay for our vaccine waste in lives lost,” Brown said.

Brown called on the leaders to decide whether countries should swap delivery contracts, how regulatory barriers to vaccine exports could be overcome and who would underwrite the costs of using stockpiled vaccines.

“No one is safe anywhere until everyone is safe everywhere. It is in everyone’s interest everywhere that President Biden and his fellow G7 leaders do what it takes … to eradicate COVID in every corner of our globe,” he said. – REUTERS