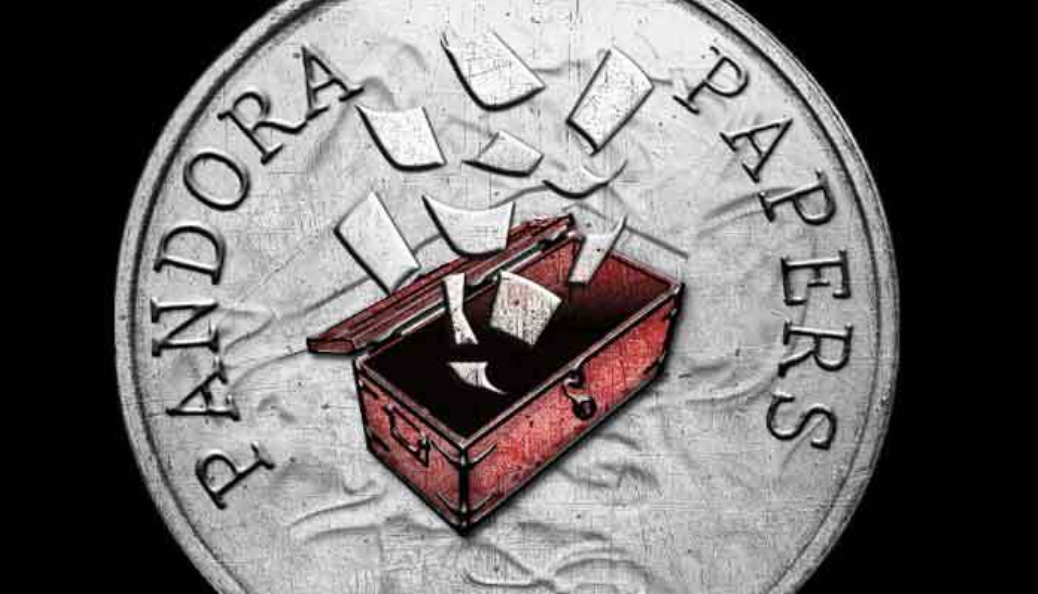 More than a dozen wealthy Malaysian individuals, including businessmen and politicians, have been named in the Pandora Papers report shedding light on offshore companies and trusts used by the wealthy to stash away their cash.

The Pandora Papers report by the Investigative Consortium of Investigative Journalists, or ICIJ, made up of 600 journalists across the world, is based on more than 11.9 million documents and other records leaked from 12 offshore service providers that help to set up and manage shell firms and trusts in tax havens worldwide, including the British Virgin Islands, or BVI, which appears to be a popular choice for wealthy Malaysians.

“The Pandora Papers is all about individuals using secrecy jurisdictions, which we would call tax havens, when the goal is to evade taxes,″ Steve Wamhoff, director of federal tax policy at the left-leaning Institute on Taxation and Economic Policy in Washington, told reporters today.

The documents were reportedly accessed by MalaysiaKini journalists, who named several politicians and wealthy Malaysians in its coverage.

Daim, who was Malaysia’s Finance Minister from 1984 to 1991, is linked to several companies and trusts in the BVI with jointly held assets worth at least £25 million (RM141 million).

Daim, who said he has retired from business, contended that the report by Malaysiakini was an attempt to discredit him. He claimed that he’s paid all his taxes and explained that his trusts are part of “estate planning.”

“I think some recognition should be given to a Malaysian who has successfully carried the flag for Malaysian businesses here and worldwide,” he was quoted as saying.

Malaysia’s Finance Minister Zafrul Aziz was named a director of Capital Investment Bank (Labuan) Limited, a boutique bank incorporated in the offshore jurisdiction of Labuan. However, the 48-year-old claims that he relinquished his position eleven years ago.

In response to the allegations, Zafrul revealed in Parliament today that will seek legal counsel regarding the Pandora Papers, saying: “Any individual can open accounts with any licensed banks, including offshore.”

UMNO president Ahmad Zahid Hamidi was in 1996 named director of BVI firm Breedon Limited, which was renamed to Rising Resources (BVI) Limited later that year. The company had a share capital of US$50,000, but the nature of the business remained a mystery. Another individual named Fon Kin Voon was also a director of the firm. Subsequent documents showed that the company has been dormant for several years.

Zahid, 68, in Parliament yesterday denied that he was trying to evade taxes.

“Please do not assume that I was trying to avoid being taxed,” Zahid said, after explaining that he led a company with investments in a “prominent country,” which now no longer exists. Zahid did not name the country.

Deputy Finance Minister Yamani Hafez Musa Yamani was the director of Great Ocean Consultants in the British Virgin Islands from 2013 to 2015, alongside his siblings.

The company held US$310,000 in a Deutsche Bank account before it was sold the following year to an individual named Mau Kam Wai, who was once an executive director of investment holdings company Eastland Equity, alongside a Sabah businessman reportedly close to Musa, Chu Jan Tow.

Ranked No. 13 on the Forbes “Malaysia’s 50 Richest 2021” list with a net worth of US$1.8 billion, G. Gnanalingam owns cargo company Westport Holdings Bhd. But that’s not the only company he owns, according to the Pandora Papers.

Gnanalingam also owns BVI firm Paisley Marketing Limited, which as of 2016 had assets worth US$2 million held by Standard Chartered Bank, Singapore. A representative told Malaysiakini that the offshore company is legit and was dissolved after it was gifted to Gnanalingam’s daughter, Shaline.

Former People’s Justice Party treasurer and his wife, Alice Chan Ai Lee, became administrators of Collister Holdings Ltd in Jersey on June 24, 2009, which had 50,000 shares worth USD$1 each, but there is no indication of the firm’s nature of business.

Leong, through his lawyer, explained that Collister Holdings Ltd was managing his income when he became executive vice president and chief operating officer of the Manila-based Philippine National Steel Mill from 1994 to 1997.

“All these were legally and rightfully conducted. There was no infringement of both the Malaysian and Philippines laws,” lawyer Loy Tuan Bee was quoted as saying.

Leong, 64, has also been linked to a BVI firm Maxcorp (Asia) Overseas Ltd, which he did not comment on.

His mother, Laila Taib, was initially director of the company before Bekir took over several months prior to her death in April 2009.

The company holds commercial properties in Seattle and Washington worth US$35 million, which was purchased through a loan. One of the properties purportedly houses the FBI headquarters, which is currently at the J. Edgar Hoover Building in Washington, D.C

Bekir is also the brother of Deputy Minister in the Prime Minister’s Department Hanifah Hajar Taib, one of the richest women in Malaysia with a net worth of RM 309 million according to a 2017 report. Hanifah was previously revealed to be the owner and director of two offshore firms, which are Iquest and Ambersheen Investments in the BVI.

Tiong Hiew King and his brother Tiong Ik King are listed as the owners of IB Holdings Limited, a Cook Islands company incorporated in 1990. Its purpose is stated as investment and timber products trading.

His brother Ik King, is named sole owner of a BVI company Roxton Investments. As of 2017, the company is stated to have assets worth US$20 million.

The Tiong brothers have not publicly responded to the allegations.

Many would be familiar with fugitive Malaysian financier Jho Low. But who are his parents?

The couple left Malaysia in 2018 and their current whereabouts are unknown.

Billionaire and Genting Group chairman Lim Kok Thay has been linked to a BVI company Azure Supreme Limited. The nature of its business remains unknown.

The company first appeared in ICIJ’s database as part of the Offshore Leaks in 2013 with Portculis (BVI) Ltd as the registered agent of the company.

It is linked to a Wisma Genting address in Kuala Lumpur registered to Kien Huat Realty Sdn Bhd, which is one of Lim’s investment companies. – COCONUTS KL