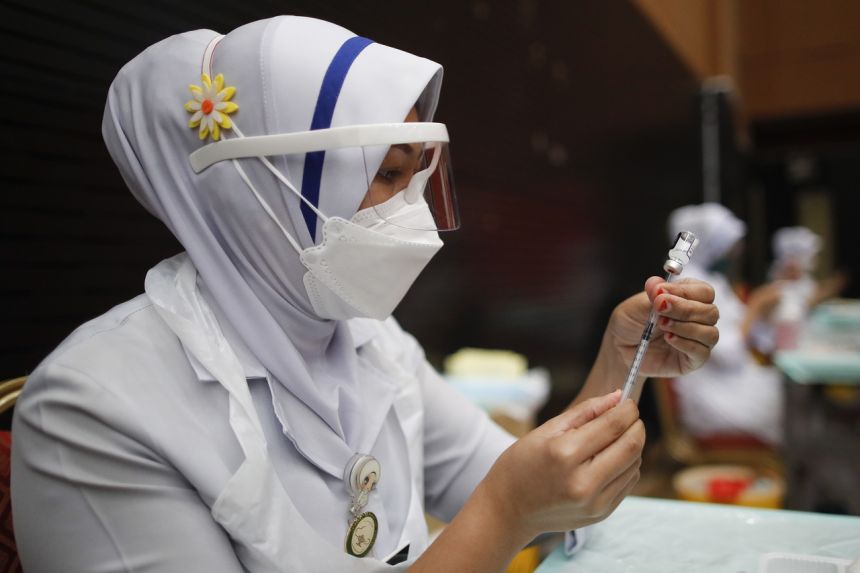 PETALING JAYA: The Malaysian Medical Association (MMA) and a think tank have pointed to a dearth of official information as a reason for hesitancy in accepting Covid-19 booster jabs.

MMA president Dr Koh Kar Chai said available data on heterologous vaccine use were not enough to convince some people and Galen Centre for Health and Social Policy CEO Azrul Mohd Khalib said the only way to encourage acceptance was to improve official communication on the matter.

Last month, the health ministry decided to administer booster shots to those who had been fully vaccinated with Sinovac. The recipients would be given booster shots of the Pfizer vaccine.

“It must be remembered that a percentage of those who were initially vaccinated with Sinovac had actually chosen to be vaccinated with the drug in the first place,” Koh told FMT.

Early this month, a news report said Pharmaniaga Bhd had offered Sinovac to the health ministry for it to cater to those preferring the brand for their booster shots.

Yesterday, the Drug Control Authority granted conditional approval for the use of AstraZeneca and Sinovac vaccines as booster shots.

Koh said another reason for the low turnout for the booster shot was that the rollout started with the elderly, many of whom are not IT literate.

Even if they owned smartphones, he said, they could be using the Mysejahtera app only to gain access to shops and other premises and might not be aware of their appointments.

“A percentage in this age group may not even be able to read,” he said. “Many of the elderly are also dependants and we know that some of the caregivers were not aware of the appointments being given.”

Azrul said there was barely any clear explanation on the need for a booster shot and the hesitancy was compounded by media reports questioning the need for the jab.

“I’m concerned that there seems to be high levels of concern and hesitancy of boosters among the Chinese community, which is being highlighted and discussed by the Chinese media,” he told FMT.

Association of Private Hospitals Malaysia president Dr Kuljit Singh said there was a need to educate the public, especially those with medical conditions, to get their booster shots.

“There are messages circulating with various views of the booster dose, but it’s important that we look at the firm evidence of its benefits against the stories from certain groups,” he said.

Last week, health minister Khairy Jamaluddin said 40% of those eligible for booster shots did not turn up for their appointments. – FMT