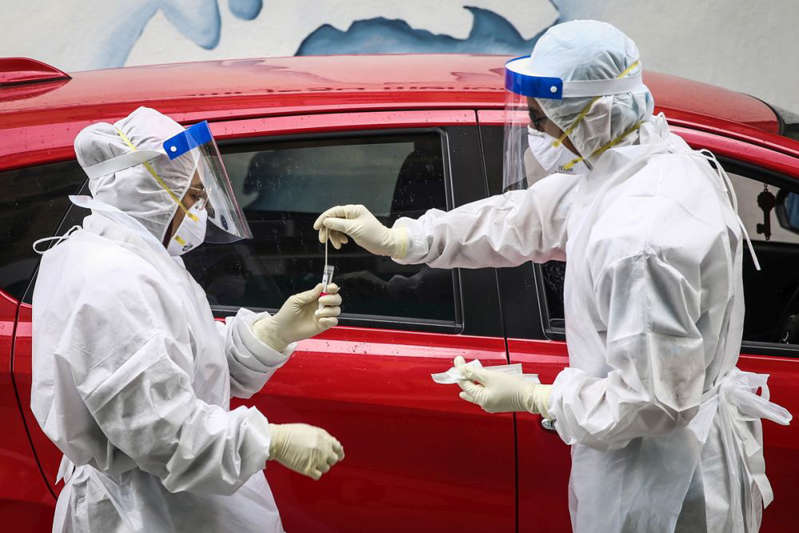 KUALA LUMPUR, April 4 — The Ministry of Health (MoH) recorded 12,380 new Covid-19 cases on April 3 to continue the downward trend in infections as the country begins its transition towards endemicity by loosening more restrictions.

The drop in positive cases has helped to ease the strain on the public healthcare system, freeing up more beds and equipment to allow the resources to be directed towards critical patients.

Overall bed utilisation as of April 3 was just over 57 per cent with daily hospital admissions averaging just 873, a marked drop since the peak in March when the hospitalisation rate averaged over 2,000 daily.

ICU admissions for confirmed Covid-19 patients was at 27 per cent nationwide while overall utilisation was at 55 per cent, underscoring improved conditions.

Only 157 from 562 patients hospitalised required breathing support although the MoH said it was an 18 per cent increase from the previous period.

Category 1 and 2 cases are either asymptomatic or have mild symptoms. They tend to make up the bulk of daily infections, often 90 per cent of the cases.

Still, the ministry said there is always a risk their condition could deteriorate, which explains why some patients in the two categories are hospitalised.

For April 3, Category 1 and 2 cases formed 61 and 38 per cent of new infections respectively.

There were 30 deaths from the same day, four of the cases were brought-in-dead, according to the ministry’s Covidnow website.

Malaysia began its transition to the endemic phase on April 1, waiving many of the restrictions enforced previously.

International borders have been reopened quarantine-free but testing is still required for the vast proportion of inbound travellers. – Malay Mail