Hong Kong police arrested a journalist with the Apple Daily newspaper at the international airport on Sunday night as he tried to leave the city, according to local media reports. He was an editor and columnist at the now-closed paper, local media reported. The South China Morning Post and online news outlet Citizen News cited unidentified sources saying that Fung Wai-kong was arrested on suspicion of foreign collusion to endanger national security. Fung was believed to be leaving for Britain when he was arrested, local media reported. Police said they arrested a… Read More

The scrappy Hong Kong tabloid that refused to bow to Beijing 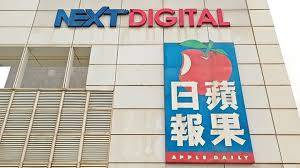 Hong Kong, China – The last edition of the Apple Daily, the small scrappy Hong Kong tabloid that emerged as a champion of democracy and outspoken critic of China, has rolled off the presses, four days after the newspaper celebrated its 26th anniversary. The paper had been raided by police twice during the past 10 months on suspicion of violating the National Security Law that was imposed by Beijing almost a year ago. Since the first raid last August, founder Jimmy Lai, 73, has been in jail awaiting trial under the law. Last… Read More