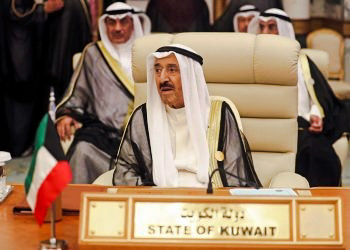 KUWAIT: Kuwait’s Emir Sheikh Sabah al-Ahmad al-Sabah died on Tuesday (Sep 29) aged 91, plunging his country into mourning for a leader regarded by many Gulf Arabs as a savvy diplomatic operator and a humanitarian champion. The cabinet announced his brother and designated successor Crown Prince Sheikh Nawaf al-Ahmad al-Sabah as the new ruler, in a statement read on state television. The parliamentary speaker tweeted that Sheikh Nawaf, 83, would be sworn in on Wednesday. Sheikh Sabah had ruled the wealthy oil producer and US ally since 2006, and steered its foreign policy… Read More