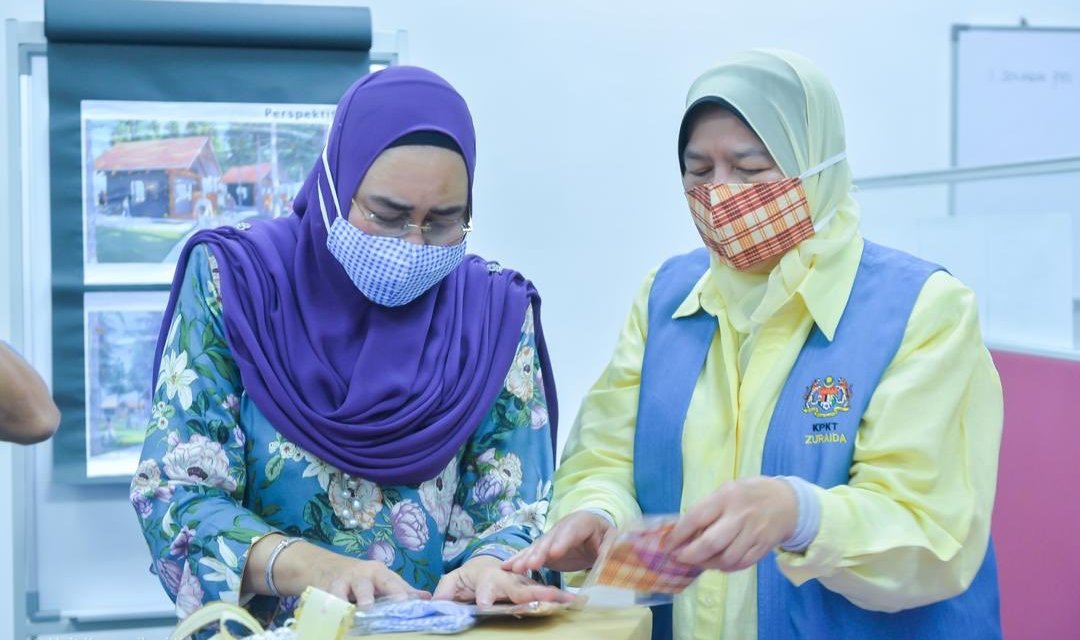 By Ahmad Roi On a week ago (19 June 2020) Minister of National Unity, Halimah Mohamed Sidique is full of praise towards Zuraida Kamaruddin, The Minister for Housing And Local Government, during their meeting in Penang. Halimah emphasis ”Not all Ministers can act like what Zuraida had done because when Ministers changed hands,the initial effords and undertaken by the former Minister will be cancelled or postponed by the new Minister in Office but this does not apply to Zuraida.” Zuraida Kamaruddin, who is the MP’s for Ampang Parliament and is in her… Read More

Ministry of Housing and Local Government, YB Datuk Hajah Zuraida Kamaruddin in her special appearance on RTM 1 a week ago emphasized that the target of 80 percent Herd Immunity can be achieve this year through the movement and collaboration of NGO’s and volunteers. The ‘Bicara Politikonomi’ programm which was aired on RTM1 a week ago was Zuraida’s second appearances in the show. “I stressed on the continuous efforts mobilised by NGO’s such as The National Community Mobilizer Volunteer Coordination (better known as PKN) and the Rukun Tetangga Area (KRT) in smoothing… Read More

JOHOR BARU, June 17 — Thirty-two individuals were slapped with compounds for flouting the standard operating procedures of the movement control order (MCO) after they were found gathering and playing badminton at a sports centre in Skudai, two days ago. Johor Baru Utara district police chief ACP Rupiah Abd Wahid, in a statement today, said they consist of the owner of the sports centre and badminton players aged between 18 and 44. She said the police raided the premises at Batu 6, Jalan Skudai at about 5.30pm following information from the public…. Read More

SIBU (June 16): Another wish of the people of Mukah to see continued progress in the fishing town will come true when the new airport, which was built in 2017, officially starts operating tomorrow. Transport Minister Datuk Seri Dr Wee Ka Siong said the first arrival would see MASwings flight MH3553 DHC6 Vikings from Miri at 9.10am and the first departure will be of flight MH3412 to Kuching at 9.30am. “Construction of the airport at a new location seven km from Mukah city centre began on Aug 11, 2017 to replace the… Read More